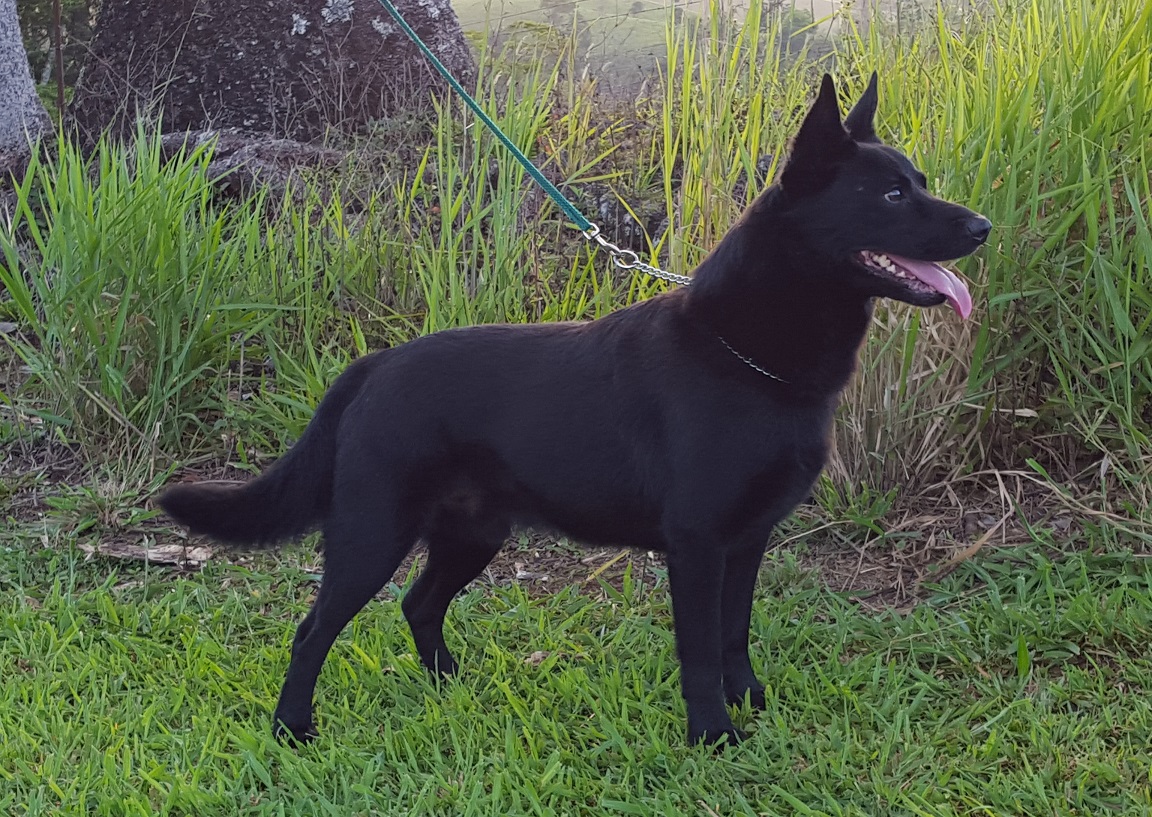 AND THIS TIME WE BOUGTH HIM!
Co-owned by me, Maria Dahlberg - Meringa´s kennels, Pia Juntunen - Tullarbackens kennels, Annette Rydebrink and Charlotte Rinaldo/James Baluch - where he is living. 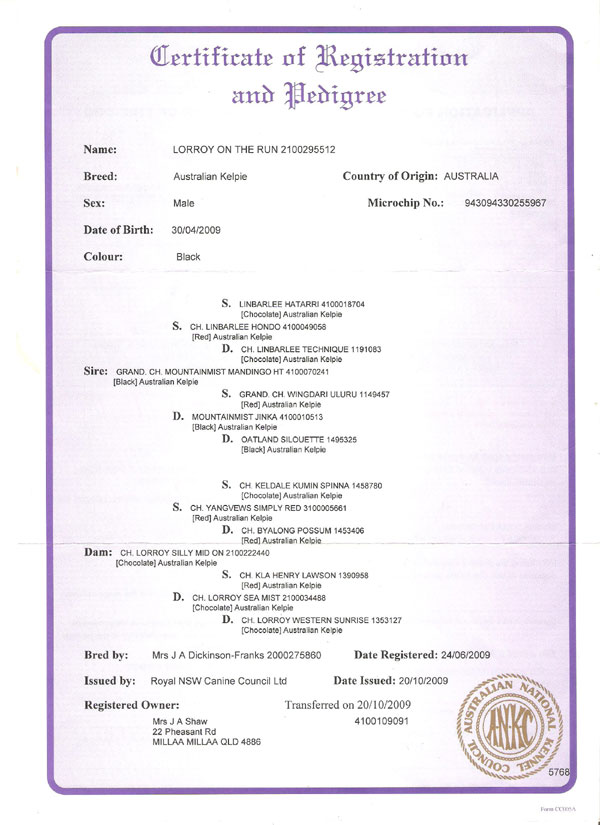 Nitro has International grade B in Australia and also checked here by SKK:
B:B & elbows: 0:0
Hips picture and certificate

First show done in May. He got CQ & BOB :)
Shown also at the Kelpiespecialty with CQ. 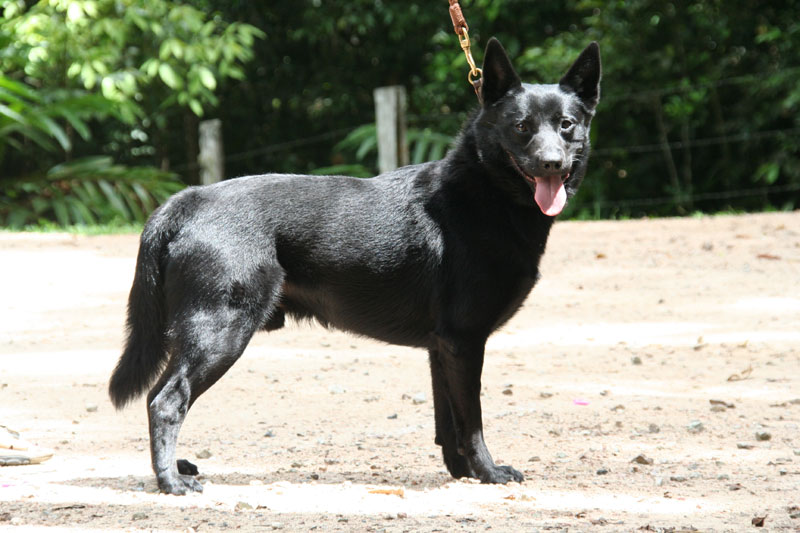 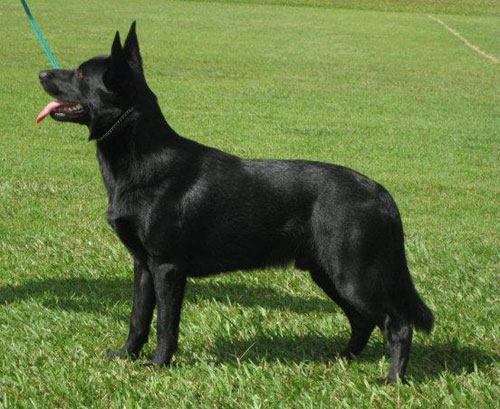 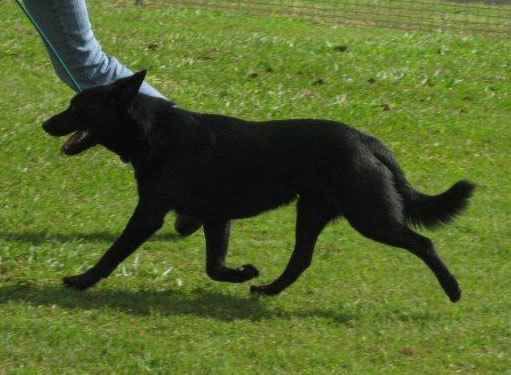 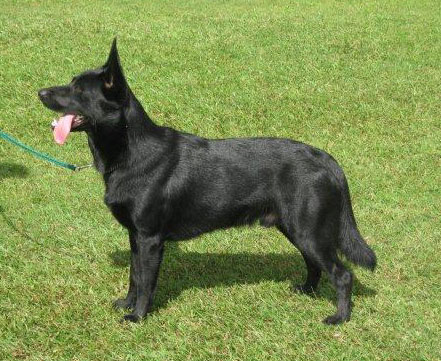 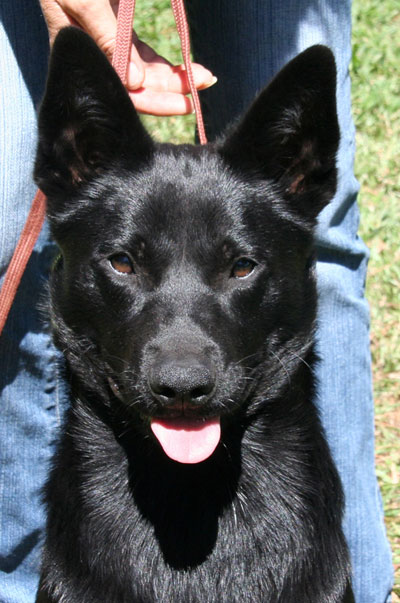 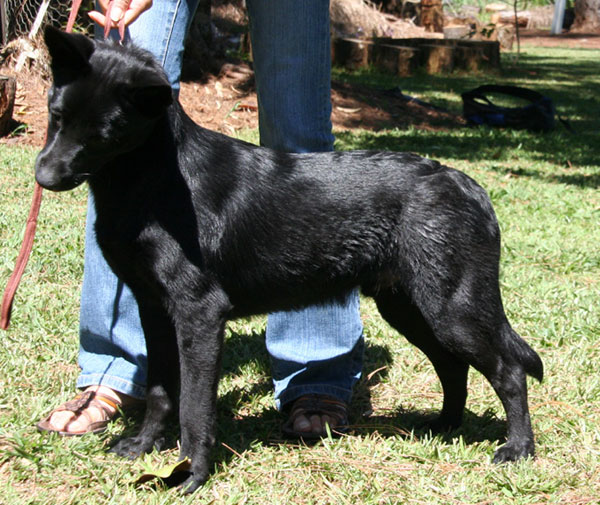 This is his owner in Australia, Jan Shaw's, words about him:
Nitro is a clown, very outgoing, sometimes naughty but always thinks himself funny ....quite a character!

I met Nitro once again in 2012 and 2015. Still the same good feeling as the first time I met him, as a very young boy, in 2009!
A social and very nice dog! Likes to catch the ball and run around with it. He is not scared at all of the thunderstorms - yes, storms - not "only thunder" - he lives in tropical Millaa-Millaa... Far North Queensland in Australia.
Good to know this, as the kelpies in Australia are not beeing mentaltested.

Nitro has 2 sons - from a natural mating - born at Mountainmist kennels in Australa - one still in Australia and one living in Holland.
Both hipscored: A & 3:3.
"Bobby" is also scored here: B/B & 0/0.

He has one litter at Busligans kennels - from frozen semen. 3 girls - the tricolour :) One black, one chocolate and one fawn.
All with MH done, All three HD- & ED-free.
Unfortunately Busligans Vera Black was put down after a long time with illness after a tick disease :(
No one from this litter has been bred from.


All have done MH-test. Very playful and all are gunsteady.

The brown girl was my pup for the use of Nitros semen. She is co-owned with Annette Rydebrink and will hopefully be bred a couple of litters from. 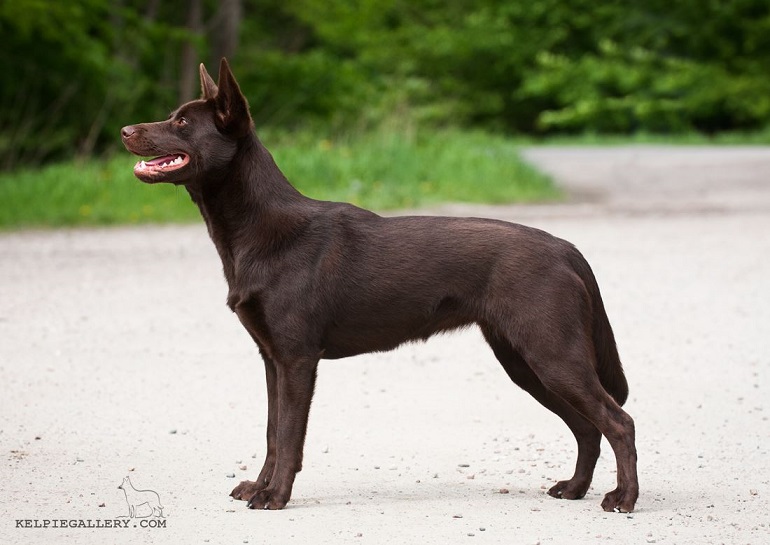 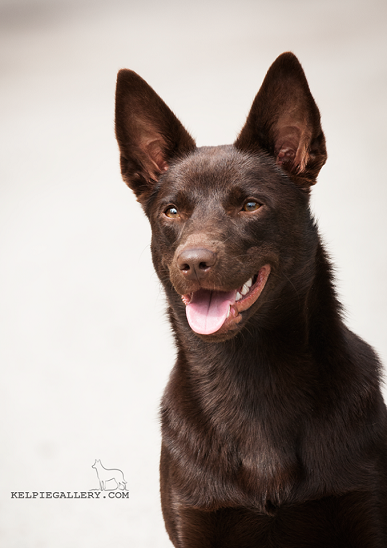 Maria, Pia and I plan to use him for one litter each - either naturally - or from frozen semen, that we plan to collect. We are not in a hurry using him.
If still fertile for our bitches, that frozen semen will be for sale to Europe - if he is not used to the limit already.

Nitro is not available anymore :(
A murmur from the heart was dicovered at 7,5 years of age and an ultra was done, showing an early stage of mitralis endocardos or also called MVD - MitralValveDegerneration.
Luckily it is not passed to all progeny, so we will wait with eventual breeding from his kids til they are a bit older. Girls at least 3 years of age and boys can be older.
Of course doing heart ultra before breeding!

LUCKILY, Nitro will live with this for a few years more without symtoms <3 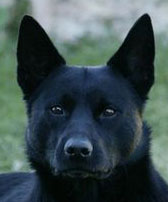 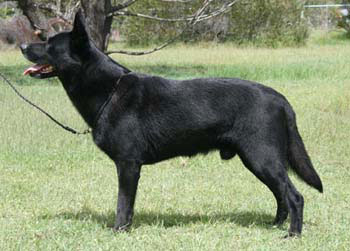 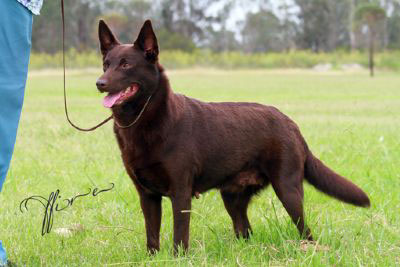 His father is approved in herding test: HT and also approved in the next level PreTrail: PT, which means that he is approved for competitions in herding. Jack is scored in Australia - hips 2:1
( probably  A ) & ED 0:0. He also has eyes clear in 2005.
Jack is also the sire of Suthenskys Seduction, "Lexi" - " Tammys" daughter. 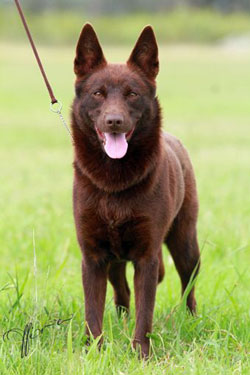 More about Nitros relatives at DOGZONLINE